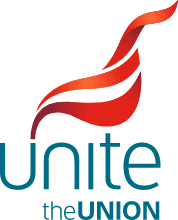 The contest to succeed Len McCluskey as General Secretary of the Unite union is now underway. Unite branches can nominate between 6th May to 7th June and 1.4 million members will have the chance to vote between 5th July to 23rd August. The result will be announced on 26th August.

Candidates will need 174 branch nominations (5% of Unite’s 3,467 branches with more than 50 members) to be on the ballot paper.

The United Left caucus within the union, which has a healthy majority among Unite’s leadership, is supporting Steve Turner to succeed McCluskey. Turner is Assistant General Secretary for Manufacturing and for retired and Community members. He has used his campaign to argue for a ‘Charter for Change’ within the union to transform the way Unite campaigns for workplace rights and supports its members by decentralising the union and making it more accessible. Turner has led Unite’s campaign to protect workers safety during the pandemic, pushing for the Job Retention Scheme, developing guidance on a safe return to work and pushing for a co-ordinated approach to distributing personal protective and testing equipment. Turner is a former bus conductor who has been active within the union for 39 years, first as a shop steward, then a regional and then national officer and is now favourite to take the top job. He represents Unite on the TUC General Council and is the national Chair of the People’s Assembly Against Austerity.

Howard Beckett is another left winger standing for the top job. Beckett is Assistant General Secretary for Politics and Legal and represents Unite on the Labour Party NEC where he has loudly opposed the manoeuvrings of the right wing majority. Beckett was narrowly defeated in the July 2020 hustings held by the United Left; he went on to claim the ballot had been flawed. Beckett is supported by Jennie Formby, much of the United Left in Scotland and sections of the Labour left who welcome his vocal opposition to Keir Starmer’s attempts to dilute party democracy and move Labour to the right. It remains to be seen whether Beckett’s campaign is more suited for leadership of a political party than a one million strong trade union where something like 20% of members vote Conservative.

The other left wing candidate in the contest is Sharon Graham, the executive officer for Organising and Leverage. Little known outside the union, Graham is supported by Workers Unite and would be the first woman to lead the union. She is pitching herself as the ‘back to the workplace’ candidate and her emphasis is very much on industrial activism, workplace organisation and keeping the union out of internal Labour politics. She has played a leading role in trying to unionise Amazon workers and argues that things cannot go back to how they were before the pandemic but that Unite must fight to defend jobs and members’ pay and conditions by building the union at the grassroots. She has a creditable record over the last fifteen years of leading a number of union campaigns on blacklisting, opposing victimisation of union activists and winning workplace recognition.

Former West Midlands Regional Secretary, Gerard Coyne, has also declared his intention to stand. Coyne contested the last General Secretary election in 2017 and finished less than 6,000 votes behind McCluskey. He subsequently took legal action against the union but the Certification Officer rejected his claim the election should be re-run, dismissed all ten points of his claim and stated that Coyne had included misleading information in some of his election material. Coyne has spent the intervening years in a war of words with the Unite leadership and been criticised for his data protection breaches and eagerness to publicly criticise the union in the media. Coyne will very clearly be the favoured candidate of the right wing of the labour movement. The requirement for 174 branch nominations will give a useful indication whether his support is stronger among the corporate media and sections of the Parliamentary Labour Party than it is among Unite members.

This is an enormously important election, both for the future direction of Unite’s industrial and workplace strategy, and for its role within the Labour Party. Without Unite’s support, the Corbyn leadership of the party wouldn’t have lasted its first year. The election of a right winger to the General Secretary post or of a candidate who wishes to dilute Unite’s role in the party, would have important political consequences.

Len McCluskey was first elected in 2010 with 42% of the vote in a 4-way contest representing all strands of the union from both the TGWU and the Amicus traditions. Turnout was just under 16%. He was re-elected in 2013, taking 64% of the vote in a contest where only a far left candidate ran against him. Turnout was just over 15%. The most recent General Secretary election was in 2017 when McCluskey was re-elected, this time with just 45% of the vote, against 41% for the right winger, Gerard Coyne, and 13% for a far left candidate. Turnout fell to just over 12%. Elections to the union’s National Executive Council have also seen low turnout, falling to just 7.6% in 2020, reflecting a worryingly disengaged membership.

Elections in Unite are run on a ‘first past the post’ basis, with the last Rules Conference discussing whether to move to a Single Transferable Vote system and voting decisively to stick with the current system. The danger remains therefore that, if Coyne can win the required nominations, on a small turnout against three left wing candidates, the right winger could win a plurality of the votes and be elected General Secretary. We saw precisely this scenario play out at the end of last year in the Unison election. While Unison has largely been run by the right wing since its formation, Unite has stood proudly on the left. A defeat for the left in this election would be a disaster but it remains a possibility.